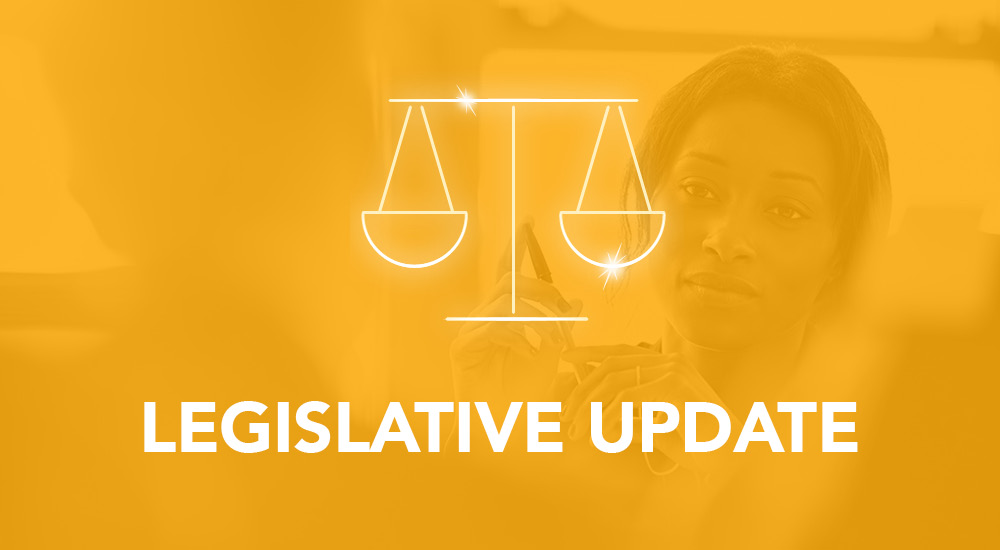 Minnesota: HB 4355, a large bill that addressed appropriations and a wide range of issues, was amended on 4/27/2022 to add provisions that address fraudulent UCC filing.  The fraudulent filing provisions were based on the hip-pocket amendments to UCC Article 9.  However, the was indefinitely postponed on 4/28/2022 so it appears to have failed in this session.

Colorado: HB 1053, which originally would have created UCC Article 12, “Digital Assets,” was amended to remove that provision and then passed the House on 4/25/2022.  The new version of the bill deleted the Article 12 provisions and now simply instructs the commissioner of agriculture to create and deploy an online program that educates agricultural producers about blockchain technology.  The bill is now pending the Senate Business, Labor and Technology Committee.

New York: AB 7389 (2021), which would provide for a three-year moratorium on cryptocurrency mining to mitigate the effects of such activities on climate change, passed the Assembly on 4/26/2022 and is pending in the Senate.  The bill would allow cryptocurrency mining operations to operate only after completion of an environmental impact statement.

New York:  Senate Bill 8838 was introduced on 4/22/2022 to require certain disclosures in advertisements involving “virtual tokens,” as that term is defined in the bill.  The bill was assigned to the Senate Consumer Protection Committee.   This bill appears similar to AB 9028, which was introduced in January.

New York:  Senate Bill 8839 was introduced on 4/22/2022 to create new offenses related to crypto fraud.  These include (i) virtual token fraud; (ii) illegal “rug pulls;” (iii) private key fraud; and (iv) fraudulent failure to disclose interest in virtual tokens.  Penalties for violations could be harsh, including imprisonment for up to 20 years and fines of up to $5 million if the offender is an individual and $25 million if the offender is other than a natural person.  The bill was assigned to the Senate Codes Committee.

Oklahoma:  SB 590, which would adopt the Commercial Digital Asset Mining Act of 2022, passed the House as amended on 4/26/2022 and is pending concurrence by the House.  The bill would provide tax incentives and streamlined approval process for commercial mining of digital assets.

California:  SB 1202, which would amend laws related to business entity records filed with the secretary of state, passed the Senate on 4/28/2022 and is pending in the Assembly.  Among numerous other changes, the bill would (i) allow the secretary of state to cancel the filing of certain business records, including articles and conversions, for dishonored payment of the filing fee by check or other remittance with 90 day’s written notice; (ii) prohibit the name of a limited partnership from including the words “insurer” or “insurance company” or any other words suggesting that it is in the business of issuing policies of insurance and assuming insurance risks; (iii) provide that with respect to certain entities a certificate of merger or the agreement of merger has the effect of the filing of a notice of termination for each disappearing entity; and (iv) make other conforming changes to the business entity laws.

South Carolina: Senate Bill 1297 was introduced on 4/28/2022 to approve regulations promulgated by the secretary of state regarding electronic notarization, including the procedures and requirements for a person to become an electronic notary.  The bill is pending committee assignment.

Louisiana:  HB 57, which would address issues related to homeowners association liens, passed the House on 4/26/2022 and was assigned to the Senate Judiciary Committee. The bill would shorten the time in which a homeowners association must file suit to enforce a lien for unpaid assessments from 5 years to 90 days; provide for a demand notice requirement to the property owner; and require an association to cancel a lien within 10 days under some circumstances.

Michigan:  HB 4730 (2021), which would modify the data fields required to be provided in response to a request for transcripts provided by a register of deeds, passed the House on 4/27/2022 and was assigned to the Senate Economic and Small Business Development Committee.

Hawaii:  The governor signed SB 2741 on 4/27/2022 to provide exceptions to the state’s sunshine laws that will allow members of the Hawaii commission on uniform legislation to more fully participate in out-of-state activities with the Uniform Law Commission.  The new law took effect immediately.